OK, I know I’m late (again). Apologies all round.

Anyway, I saw two Romeo and Juliets last week; they were both amazing… and totally different.

First, I have to share a revelation I had while watching the ballet. You know the ballroom scene, the one where our heroes see each other for the first time? It’s supposed to be from their perspective. Hear me out, and if this is oh-so-obvious to you, please humor me because I just got it. I love the music that the “adults” dance to. It’s big and heavy (and my absolute favorite for doing grand battements at the barre) but the dancing is Just. So. Boring. It’s a series of poses that really doesn’t merit the term ‘dancing,’ so why would Kenneth MacMillan, one of the most idolized ballet choreographers to date, make his dancers do this? Because that is exactly the way Romeo and Juliet see the party. The adults are dressed in heavy formal clothes that weigh down their bodies and don’t allow them to move, the women are all beautiful but identical, while the men do little more than hold their partner’s hand. It’s the way every kid sees adult parties: they’re torture! The internal monologue of every kid at every adult gathering is this: “All you guys do is talk to people I don’t know about things I don’t care about, yet somehow everyone knows who I am and wants to pinch my cheek! I’m bored!” Can anyone blame Romeo and Juliet for rejecting that path in favor of one they make themselves? They may be young, but they know enough to run in the opposite direction of what they see at that party. Fortunately, or unfortunately, they run into each other. Those quiet moments in the music are when Romeo and Juliet meet for the first time. The adults are still because they don’t matter, they’re just background noise. Watching how the characters react to each other in what is for them a complete vacuum, gives you a very real sense of who they are. OK, now let’s get to the dancers!

Last year, the only time I saw Natalia Osipova was in Coppelia, and she was charming. Her technique really is amazing; the hype is true. In fact, I don’t know that I’ve seen anyone match her jumps, but her acting was just, well, cute. I honestly could not picture her as a romantic heroine, but I get it now. She doesn’t try to age herself, she just makes the character young. For Juliet, this works beautifully (though I wouldn’t want to see Nikya or Odette on her quite yet). Her version of Juliet is a sarcastic young teen. She still kind of plays with dolls and adores her nurse, but she understands what her parents are trying to do with this annoying Paris character that keeps showing up. This is a girl that runs, climbs trees, and generally amuses herself by being an adorable pest. She’s a pretty savvy kid and is loath to give up that life. When she meets Romeo at the ball, she honestly doesn’t know what to do; you can actually see her go “wait… what?” Romeo is the first boy she’s ever met that doesn’t have cooties. In Sasha Waltz’s version of Romeo and Juliet excitement and youth are expressed through movements that everyone makes naturally (well, more or less) but here acting becomes much more important. Any technician can do the steps properly, but it takes an artist to portray a character through them. Every step is joyful, every movement expands, as if she couldn’t possibly contain everything she’s feeling. She celebrates. I have goose bumps just writing about it. That scene was gorgeous.

Now, at least half the credit goes to David Hallberg. (Are you sick of me writing about him yet?) I’ve been staring at my computer screen for a good five minutes trying to think of a way to explain why his dancing merits this much adoration, and I can’t. You just have to see him; he is simply beyond my writing ability. He has flawless technique, but he doesn’t depend on it to get through a show; he uses it as a tool. He doesn’t do the steps and then try to slap a character on top; he is whatever character he dances. There, that’s as close as I’m going to get. It felt as if he and Osipova were made to dance with each other. When the curtain closed on act one the audience would not stop applauding; they forced (a somewhat bewildered) Hallberg and Osipova to bow during intermission. It really was that good.

Cojocaru was much more nuanced. Her Juliet matures and grows throughout the ballet. At the start she’s painfully shy and not a little confused about everything happening around her. The first time we see her, Juliet is still a child and likes it that way, or rather, she sees no reason why life would ever change. She doesn’t know who Paris is or why he’s there until her nurse points it out. She’s excited but very nervous to go to her first grown up party. The first time she meets Romeo, Cojocaru’s Juliet is quietly happy, but it’s more like she just relaxes. Somehow she’s completely enamored and comfortable at the same time. Her world is changing: everyone around her is pushing her to grow up (Paris, parties), but when she meets Romeo she allows herself to be still, which allows her to grow into herself, instead of the person her family wants and expects her to be. He’s the eye of the storm; everything else in her world is becoming strange, and yes, he is the main source of everything horrible that happens to her, but when the two of them are together, all is calm. Their balcony pas de deux wasn’t explosively joyful, it was as if they’d known each other their entire lives.

Kobborg is a lovely actor, and watching him and Cojocaru together was altogether a treat. Technically speaking he was more than adequate if not absolutely exquisite, but the man is over 40, and is still able to put on a lovely performance. Their performance together was touching.

I do, briefly, want to mention the Tybalts that I saw that week: Sasha Radetsky and Gennadi Saveliev. Like Osipova and Cojocaru, these two had radically different interpretations. Let’s begin by stating the obvious: Radestsky is criminally under-used at ABT. We, the audience, never know why the Capulets and Montagues are fighting, but Radetsky’s Tybalt seems to be the only one who takes it seriously. Romeo and his friends just like messing around and playing pranks. (Give a teenage boy a sword and see what he does with it. Probably exactly that.) Even when Mercutio and Tybalt are fighting to the death, it feels like a game, right up until Tybalt runs him through without any sense of remorse. During the ball, he has to be restrained from killing Romeo and co. on sight, and his last act as he lays on the ground dying is to grab his sword and launch himself at Romeo in a last-ditch attempt at revenge. The story’s problems are summed up in Tybalt’s character. He represents both past conflict (blood thirsty from the beginning) and the reason Romeo and Juliet have zero chance of reconciling their families (I imagine it’s difficult to accept a son-in-law that murdered your nephew). Why is this man not a principal dancer? He was incredible and had a grand total of what? 10 minutes of dancing? Saveliev, by contrast could not have seemed more bumbling. I’m willing to forgive messing up the sword-toss (you know, the part when Tybalt uses his sword to throw another sword?) as that could happen to anyone. There are some difficult physics at work here and it’s just not going to work every time. Fine. I get it. I also understand that it’s a legitimate interpretation  to have Tybalt accidentally stab Mercutio, but if that’s the dancer’s choice, then that dancer absolutely needs to be able to act. Saveliev seemed to say « whoops! My bad! » instead of « oh my God, I just killed him. » Not acceptable.

For all my complaints, I did love both nights. The two couples were (generally) stupendous in their respective interpretations. I didn’t talk about their death scenes because this article was getting a bit long, but they were incredible! It’s also fun to go from NYCB’s generally minimalist/modern approach to something as lavish as MacMillan for a bit, and the corps continues to make me cautiously impressed. I know I mention the audience A LOT, so I’m sorry for this, but I’m not exaggerating when I tell you that there was a lady sitting a few rows behind me on Monday (Hallberg/Osipova) that literally beat the man in front of her with a sweater while screaming what I can only assume was some amazingly creative Russian profanity. What was his crime? He dared to stand up and applaud… during curtain call. She couldn’t see, so obviously the most reasonable choice she could possibly make was to beat him with her sweater. Although, that reaction is about as reasonable as six deaths caused by one romance. Clearly, she was just as touched as I was.

Commentaires fermés sur Romeo & Juliet : What is a Youth? 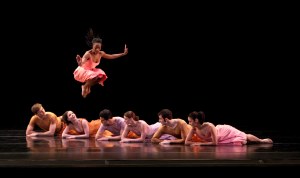 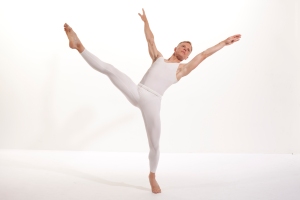 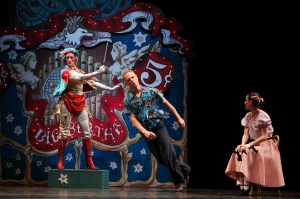 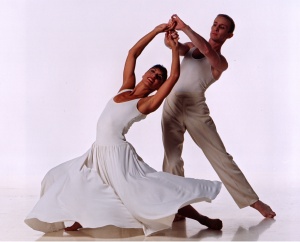 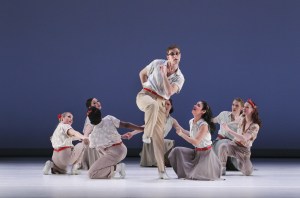 A Taylor with many colors 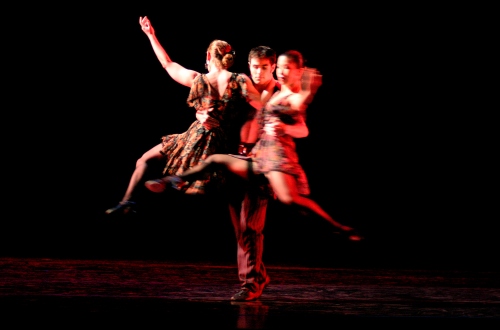 Commentaires fermés sur A Taylor with many colors 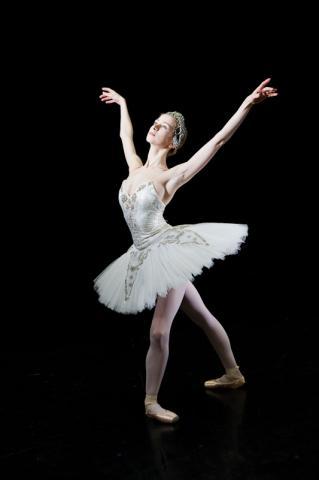