Giselle…If The Flowers Had Their Say #FlowerPower 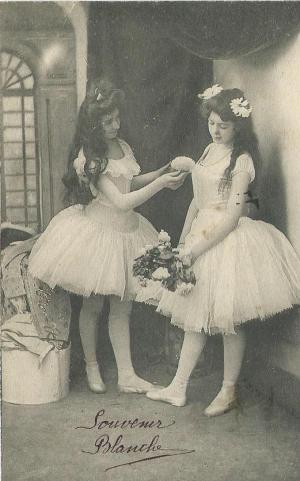 I love my life. I get to sit in the sun in front of the little house of a nice, if kinda neurotic, widow lady. She does no harm, just waves her arms around miming gloomy stuff like “dying,” “dead,” and “rising from the dead.” House is clean, the plant food organic as it should be in a village in the middle of nowhere, and my petals have become so creamy white and super fluffy these days that I can even skip the conditioner.

Her daughter, Giselle, is a real sweetheart, kind of like us daisies: even if we’re not a noble flower we do have natural elegance, hold our heads up high, wave a lot, and make people smile.

One day, someone will ask me “the question.” But while waiting, I’m chill.

The only real downer in this nabe is that Hilarion guy. You know, the one who thinks he’s a big hotshot because he has a job?  He keeps hanging things up on the hook right above my head. The bouquets are bad enough – flowers from the field are so tacky and such boring conversationalists. I mean: bees? Puhlease. But when it’s the dead rabbits I just want to cry. They drip blood on my head and all I can do is pray for rain. Gross.

Wait a minute. Ooh, a cute new guy just showed up. Weird, he’s got a sword and his man friend goes to hide it in that cottage across the way where the Weeds hang out. Hm.

He’s putting to moves on Giselle. Is he chasing her or what?

OMG, it’s happening! The theme song has started! Giselle is looking at me, no, she’s reaching for me…I’m gonna be a contestant on “The Question?” A reality star! Gotta go!

That hurt more than I expected. And the way the whole thing panned out really hurt my feelings.

I TRIED to tell G. “Watch out, Mr. Handsome looks like such bad news, even if I think he’s cute, too.” But then the asshole yanked out yet another petal on the sly – as if even two just plucked wasn’t like so much more than enough. So my cry of  “he loves you not, BFF!” went totally off her radar. Then he, get this, just tossed me away. What a creep. Good thing his bro had taken away that sword.

So here I am, kind of off to the side, upside-down and definitely the worse for wear petal-wise. But what I can still see with my little yellow frowny face, I do not like.

The cute new guy turned out to be a TOTAL fraud. He’s a…PRINCE! Engaged to some rich bitch since, like, forever.

But I’m having the most amazing comeback. That sweet girl just shared our “He Loves Me, Not” selfie — even with acquaintances.  FINALLY everybody got into what I had been trying to say in the first place.

Pity Giselle had to die, though. I liked her.

You are soooo lucky you only got seriously dissed.  OK, shredded too. This is worse.

Today your prince guy showed up at our excellent hothouse and had Wilfried — his pal, you know, the one who’s always worried and hiding stuff — chop a bunch of us off at the ankles.

So here I am in the middle of nowhere at night with my sisters, freezing and freaked out. Would you believe it, Albrecht – that’s his real name — took us out here into like mega-nowhere and just plonked the bunch of us on some random grave. Creepy!

A pathetic bunch of wildflowers already beat us to the tomb. Yup, confirmed, all they can talk about are dead bees.

So here’s what’s goin’ down:

The forest is ruled by this really tough female who – every single midnight, would you believe it? – grabs some foliage, twigs, whatever if she can’t find the myrrrh (they try really hard to hide from both spells and spell-check) and then, believe it or not, waves around the whatever so as to summon up all these other severely depressed females.

They then stomp around all night in a really, really, bad mood. The grass have developed major migranes.

Wait a minute. You said Giselle was dead. But here she is! Does look kind of pale though.

And she’s putting the moves on Albrecht. Even dropping a posse of dinky little woodland flowers on his head. Hey, Miss Perfect, what would have been so uncool about using us instead?

As for hoity-toity zombie queen Ms. Myrna, Myrtle, or whatever fab way she spells her name: can she seriously not know that twigs are incredibly super-allergic to all objects shaped like a “t?” Makes them pass out?

She’s got two besties who call themselves in the program book, get this, Moyna and Zulma. Not kidding.

This place is full of nutcases.

Daisy, you and the rabbits will be happy to hear that the girlfriends have just dumped that loser Hilarion into the lake.

Ooh and get this. G & A keep humming your theme song to each other. Cool! All power to the Daise’!

Don’t unfriend me, but maybe you were wrong about the “he loves me not” stuff? Just thinkin.’

After a lot of commotion they’ve all gone.  Whew.

Except for Albrecht. He’s all sweaty and his batteries are thisclose to dying.

Uh, oh. He’s heading towards us with that “I need a flower to strike a pose [dramatic]” look.

What will he do? Pick just one of us? That would be so unfair.

Or grab a few, and then drop us on our heads one after the other, so that we’re not only still out alone in a goddamn forest but battling those kinds of concussions that makes our wireless go down?

Couldn’t he just take us all back home?

Obviously I’d prefer this last one.

But that would probably mean he’d recycle us off to his wife.

Come to think of it: eeew.

Sometimes being a flower really sucks, doesn’t it?

WTF just happened to us? 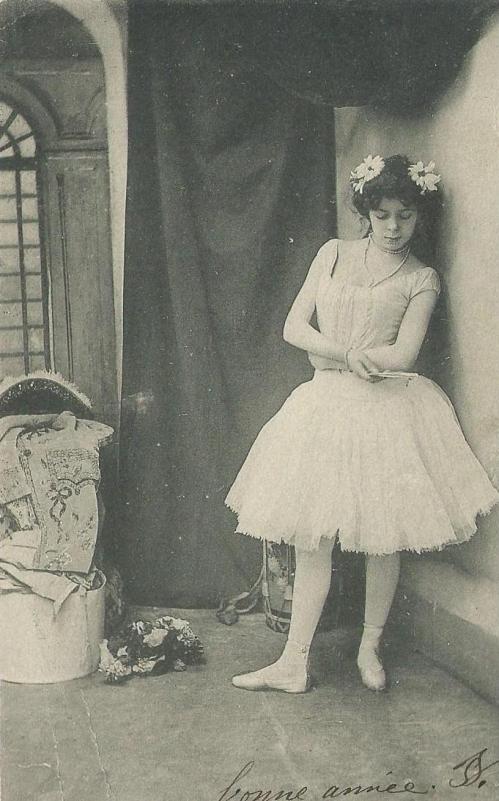 Commentaires fermés sur Giselle…If The Flowers Had Their Say #FlowerPower